Amazon Drones: Why We’re Thrilled about this Futuristic Delivery Service 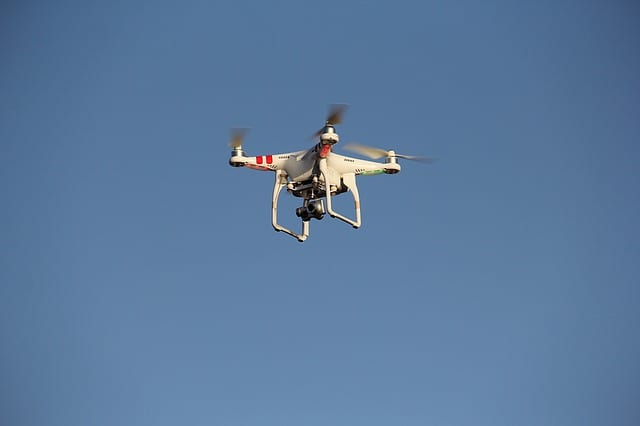 What’s worse than standing in long queues at the grocery store? Waiting for stuff you bought online to arrive in 3 to 5 days, that’s what! This is why Amazon, one of the world’s biggest online stores, is actively working to make its deliveries a near-instantaneous affair with Amazon drones.

Although the Seattle-based brand currently provides same-day, even hour-long deliveries (in major cities), they could be making that wait even shorter. In the future, you will be getting those awesome portable speakers you ordered in less than an hour! They’re calling the new service Amazon Prime Air.

Here’s what you should know about delivery from the new Amazon drones:

Deliveries from Amazon Drones will be very, very quick.

With Amazon drones doing the delivery, you’ll get your purchased items within 30 minutes (or less) from when you place your orders. With the unmanned aircraft flying at top speeds of about 60 mph, with no traffic to deal with, buying stuff online (and getting them) will be much faster than ever before!

Frankly, a lot of people find those vague delivery timetables anything but helpful. Who has time to stay home between 1 and 4 during the work day? With Amazon drones, not only will you be notified when the package starts flying towards your location, you’ll also be shown a countdown of its actual arrival. Plus, if you need to go somewhere at the time of the delivery, reschedule delivery time using the Prime Air app.

Expect different size drones to hit the skies (above you).

It’s a rather trivial to mention, but Amazon’s drones will come in different shapes and sizes. Nevertheless, the biggest takeaway here is that the company is designing more than dozens of different drones to use in various circumstances. In fact, they’ve revealed that each drone may have varying flight ranges and weight limits. Although we doubt if they’d be able to carry beds, treadmills, and tumble dryers.

No need to worry about birds.

The drones travel at an altitude of up to 400 ft, so they’re well out of the way of any airplane. At that height, though, they actually navigate where most birds fly. Luckily, they have built-in sensors and cameras to dodge birds and other airborne hindrances (e.g balloons, paper, etc.) Also, they have integrated GPS and navigation tools so the drones can get back on track in case of any emergency maneuvers. In other words, they’re built to avoid embarrassing crashes at all cost.

You’ll need a helipad for the drones.

Of course, you won’t need to build a full-sized tarmac to enjoy Prime Air’s service. However, you still have to get an Amazon-branded landing mat. The mat will act as a safe spot for the pilotless fliers to deposit its package. Small and lightweight, the landing pad can be conveniently moved to more spacious locations. Keep it in your front or backyard when needed and stored away when there are no expected deliveries during the day.

Initial deliveries will be a bit tricky.

Since they run on limited battery life, Amazon drones can fly an average of 15 miles per flight—7.5 miles going to its destination and another 7.5 miles saved for its flight back to base. So if you’re living in the countryside, you may not be eligible to use Prime Air drones for your orders. Nevertheless, the aerial vehicles will improve over time and you can bet that they’d be able to go on cross-country trips in due time.

Another potential problem buyers will encounter with Prime Air is that the drones have to make controlled landings in a spacious area. This means that you’ll possibly face issues if you live in an apartment, flat, or condominium, where they may be no private landing area immediately available. Sure, you may request the drone to land in a communal courtyard, but this only makes your package vulnerable to theft.

If you’re excited about quicker drone deliveries at Amazon, you’ll have to wait if you’re in the U.S. As it turns out, there are a handful of restrictive regulations regarding the use of commercial drones in America. This may be why Amazon had to cross the pond just to test its drone delivery system. Currently, Amazon has been doing widespread tests of its drone service in the U.K., Netherlands, and Canada. The company may do their launch of the service overseas, too—unless U.S. drone regulations ease up soon.

Drone delivery may still be a few months before take-off, but it’s clear that the future of delivery is here.

Previous
Smart Home Appliances Could Cause Another Internet Shutdown

Next
Apple Time Machine: Why Every Mac Users Should Make Use of It