Score a Touchdown and Save 10% on TV Mounting and Home Theater Services with Code: SCORE10P
WIFI & Networking
·November 5, 2020

What Is WiFi 6, and Is It Really Worth It? 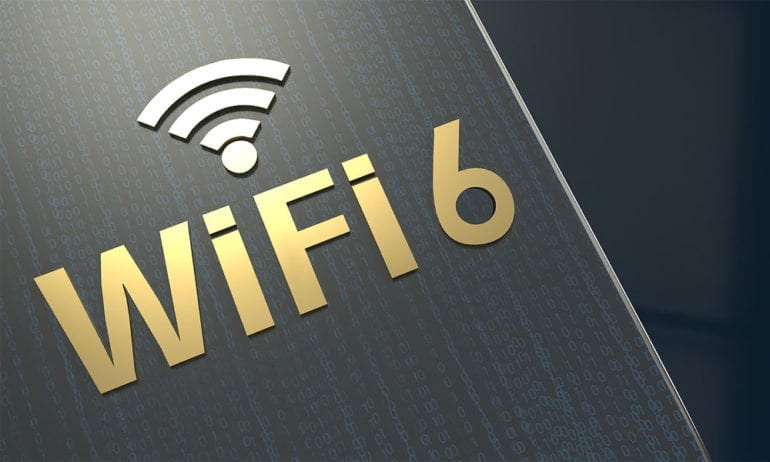 If you’re tired of your internet slowing you down, it might be worth it to upgrade to WiFi 6. But what is WiFi 6, and how fast is it? Here’s everything you need to know about the next generation of WiFi, how it is different from WiFi 5, and if you really need a WiFi 6 router.

WiFi 6 is a new standard in WiFi technology that was designed to improve the reliability and speed of wireless networks. WiFi 6 (also known as 802.11ax) is especially helpful in smart homes, offices, and public places where there are lots of devices connected to the same network.

If you’re wondering how you missed the last five WiFi standards, you didn’t. The WiFi Alliance (a group of companies that oversees the certification of new WiFi devices) introduced a new naming scheme to make it easier to recognize which WiFi standard your devices support.

Most of the WiFi devices you currently have in your home or office probably support the previous WiFi 5 (802.11ac) standard.

What Is the Difference Between WiFi 5 and WiFi 6?

The difference between WiFi 5 and WiFi 6 is that the latter offers faster speeds, lower latency, increased network efficiency, more bandwidth to accommodate more devices, better performance in heavily-congested areas, and improved power efficiency for your devices.

The average household in the US has 11 devices that connect to the internet, according to a study from Deloitte. And a Cisco report predicts there will be nearly 14 connected devices for every person in the US by 2023. In order to handle this influx of new devices, the new WiFi standard was designed with technologies that allow it to connect to more devices without slowing you down.

One of the biggest differences between WiFi 5 and WiFi 6 is that the new standard has a technology called “multi-user, multiple input, multiple output” (MU-MIMO). This allows WiFi 6 routers to connect to multiple devices at once, instead of connecting to one device, and then another, and then another.

Another new technology in WiFi 6 is Target Wake Time (TWT), which allows your router to schedule check-in times with your connected devices. Basically, your router will only wake your devices when they need to send or receive data. This can increase the battery life of your devices, which is especially helpful if you have smart home devices.

WiFi 6 can theoretically achieve maximum speeds of 9.6 Gbps (gigabits per second), which is up from 3.5 Gbps on WiFi 5. However, you probably won’t ever come close to achieving those speeds in real life.

If you want to find out how fast your current WiFi connection is, check out our guide on how to test your WiFi speed.

While you might not use all 9.6 Gbps with one device, it can be split up across your devices. That means each of your devices will be faster. However, you can only experience faster speeds with WiFi 6 if you have a router and devices that support the new standard.

One reason WiFi 6 is so much faster than previous standards is because the new standard has a technology called Orthogonal Frequency Division Multiple Access (OFDMA). This technology allows your WiFi transmissions to deliver data to multiple devices at once.

If you imagine a WiFi 5 signal as a delivery truck, it would only be able to deliver one package to one location at a time. However, with OFDMA, a Wi-Fi 6 signal is more like a tractor-trailer that can deliver multiple packages to several different locations in one trip.

This means OFDMA can significantly lower latency because high-priority traffic won’t have to wait in line behind lower priority traffic. So, you won’t experience any buffering while streaming a movie if someone else starts using the internet in another room.

WiFi 6 is only worth it if you use multiple devices on your wireless network at the same time. It can also be worth it if you want to future-proof your WiFi network. However, since the technology is so new, it has not been perfected yet, and it can be expensive.

You might also want to consider upgrading if your router is more than three years old. If you have an old router, it might be preventing you from getting the most out of your internet plan’s speeds.

If you really want to future-proof your WiFi network, it might be worth it to wait for more WiFi 6 devices to start rolling out. Plus, WiFi 6E technology will come out soon that will open a new “fast lane of the internet.” You can find out more about what WiFi 6E is in our previous article.

WiFi 6 is backwards compatible with previous wireless standards. This means that your WiFi 5 devices can connect to a WiFi 6 network. However, older devices won’t be able to make use of the new technologies that improve speed and performance.

Do You Need A New Router for WiFi 6?

You will need a Wi-Fi 6 router in order to utilize all the technologies that the new standard offers. The features of the new WiFi standard are all powered by hardware components that you won’t find in older routers.

Companies such as TP-Link, Linksys, and Asus currently offer Wi-Fi 6 routers, which can cost anywhere from under $100 to $400 and over.

If you want to make your current router faster, check out our previous article on how to boost your WiFi signal. Previous
The Best WiFi 6 Routers of 2020 for Any Budget

Next
How to Test Your WiFi Speed