Are Chromebooks Really Free from Viruses and Malware? 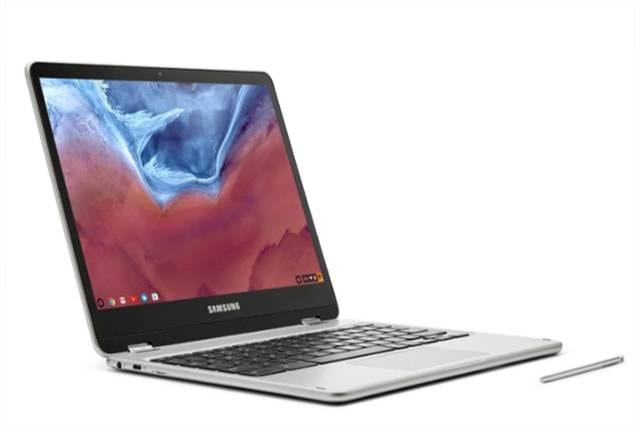 If you’re looking for a cheap but reliable laptop, the Chromebook is probably at the top of your list. This isn’t really surprising since it’s fast and efficient and has a reasonable price tag. It’s even touted as one of the safest laptops out there due to the tight security provided by its built-in browser-based Chrome OS.

But is the Chromebook really safe from viruses and other types of malicious software? Does it provide you with better protection than other laptops? Let’s take a closer look.

Chromebooks are Designed to Fight Malware

Google points out that the Chromebook is built with “multiple layers of protection”. This means that, even if a malicious program can bypass one security feature, several others are still in place to prevent it from fully infecting the computer.

One of these layers is automatic updates. The Chromebook automatically downloads and installs the latest updates for the Chrome OS right out of the box, so there’s no need for you to adjust the settings. As a result, you have the assurance that your laptop is always running on the most updated version with the latest security patches.

Another layer is data encryption. The Chromebook stores most of users’ data on the cloud, but some information (such as cookies and downloads) still need to be saved on physical memory. The laptop protects this info by using tamper-proof hardware that encrypts the stored data and ensures it won’t be easily accessed by attackers.Chromebook also uses the sandbox technique to prevent malware from fully infecting the computer. Each application and web page is placed in a restricted environment so, if it comes with a virus or any other malicious software, it would be limited to that certain app or page and won’t spread to the other parts of the laptop.

Chromebooks also use the sandbox technique to prevent malware from fully infecting the computer. Each application and web page is placed in a restricted environment so, if it comes with a virus or any other malicious software, it would be limited to that certain app or page and won’t spread to the other parts of the laptop.

Even if malware can somehow get past through these defenses, the Chromebook has several tricks up its sleeve to keep it from spreading. It goes through a self-check process called “Verified Boot” every time it starts to see if the system has been corrupted or tampered with. It then isolates the affected area and repairs it to make the laptop function like new.

Chromebook users can also take some steps to save their laptop if they somehow stumble upon extortion websites. These sites lock the browser and make people believe that they need to pay before they could use their computer again. If you own a Chromebook and come across this site, you can simply hard reset your laptop to unlock the browser. Different Chromebook models have different hard reset instructions, so it’s important to know exactly what steps to take for your specific model.

All of the features mentioned above can convince you that the Chromebook is free from malicious software. However, Google is the first to admit that its laptop isn’t 100 percent safe. In fact, there have been several instances wherein viruses and other types of malware were able to bypass the security layers of Google Chrome — and, by extension, the Chrome OS that powers Chromebooks.

Many of these malware use browser extensions to enter Chromebooks as well as other computers that run on Google Chrome. These extensions are aggressively pushed by infected websites, which force users to download them before they can access the site’s content or even exit the web page. The extensions are listed on the official Chrome web store but, if you look closely, you’ll see that they don’t have screenshots, product information, and reviews — a warning sign that they’re not really that reliable.

You’ll also notice that they ask for permissions that are too invasive for their purposes. As an example, Malwarebytes pointed out an extension that asked to read and change users’ data on the websites they visit — which is over the top considering that it was supposedly a simple calculator extension. Malwarebytes’ team found out that it actually contained scripts that allowed a third-party domain to intercept web requests and, ultimately, have access to user data.

Google announced last year that Chromebooks will have the ability to run Android apps from the Google Play Store. This feature is available in a limited number of models, but it’s expected to roll out to other Chromebook units. This news has delighted Android fans since they can use their favorite apps without having to reach for their smartphone, and it has also caused excitement among Chromebook owners since they’ll now have more applications to choose from.

However, it’s important to note that Android apps can slightly raise the chances of getting malware infection. The Play Store does have a reliable system that weeds out malware-laden apps, but it’s not totally foolproof. A few apps containing malicious script can still sneak through, and they can cause significant damage when they’re downloaded into Android devices or Chromebooks.

Chromebooks are definitely one of the most secure laptops on the market. It can protect itself from malware, but it’s not 100 percent immune from attacks — especially those that are cleverly designed to bypass modern security features. Because of this, it’s still advisable to take precautions when using your Chromebook to protect your important information. Next
Attackers Now Use “Harmless” File Types, Like JavaScript, to Spread Malware