The Best Robocall Blocker Apps of 2021 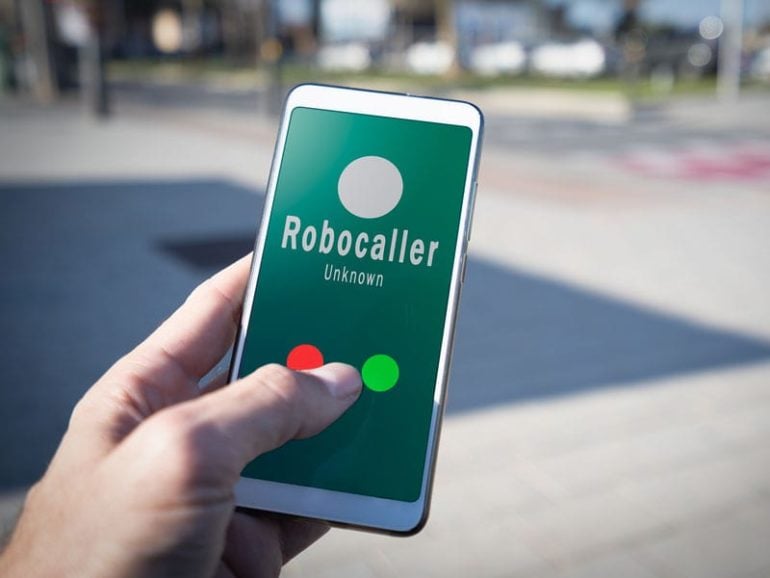 Americans are on pace to receive 52 billion robocalls this year, according to YouMail’s Robocall Index. Aside from being annoying, a new report from Truecaller estimates that consumers lost nearly $30 billion to phone fraud in 2020. Thankfully, the best robocall apps can look up the numbers that call you and compare them against a database of scam numbers. If it’s a match, the app will then warn you or block the call before it starts ringing.

If you’re an AT&T customer, the Call Protect app will automatically detect and block robocalls, scammers, telemarketers, and other unwanted calls. Then you can also add numbers to your personal blocked calls list or choose to block all calls from numbers that are not in your address book.

This free app even works with Siri, so you can use voice commands to report a number as spam. Installing the Cal Protect App on your smartphone will also improve your caller ID, which should also make it easier to see if a scammer is on the other end before you answer.

Verizon’s Call Filter app automatically detects and blocks robocalls, spam, and other unwanted calls. The free app sends all blocked callers directly to your voicemail, so you won’t even hear your phone ring. But, while you can report any numbers as spam, the free version of the app doesn’t let you create a personal blocked list.

Call Filter also makes it easy to whitelist any numbers that you don’t want to be blocked. To make it easier, Verizon shows you a spam score for each number that called you. Plus, the new Neighborhood Spoofing Filter will stop scammers from using fake numbers that are similar to yours to get past your robocall blocker.

T-Mobile offers its customers one of the best robocall blocker app that can identify and stop robocalls, telemarketers, political solicitations, and more. With Scam Shield, you can report spam calls or add any numbers to your personal blocked call list, so they never call you again.

This free app also comes with Scam ID and Scam Block, which are designed to identify and block scammers before you ever get the call. Downloading the app will even give you other perks, like a free proxy number that you can use when you don’t want to give out your real number.

With over 170 million users, Hiya is one of the most popular robocall blocker apps for a reason. Once you set up the app, you will immediately start to receive notifications if a call is potentially from a robocaller, telemarketer, debt collector, or fraud number.

When the app detects a fake phone number, it automatically blocks the call before your phone rings. Hiya uses crowdsourced data, and it has a database with hundreds of millions of phone numbers. Plus, the app displays a list of reasons that other members of the Hiya community reported the number as a scam.

YouMail automatically blocks robocalls, telemarketers, spammers, and other unwanted callers. Then, the app’s smart block feature bypasses your voicemail and plays a robotic “out of service” message instead. This was designed to protect your privacy and fool scammers into removing you from their calling list.

When YouMail blocks a caller, it automatically disconnects the call and sends you a notification with the reason why the call was blocked. The app lets you block individual numbers or set up a smart blocking level to automatically stop them from calling you or sending you text messages.

Robokiller: Best App for Getting Back at Robocallers

If you’re willing to pay for a robocall blocker app, Robokiller is one of your best options. Like most free blockers, Robokiller automatically blocks calls from scammers, telemarketers, and other unwanted calls before your phone rings. But Robokiller can also identify scammers by the “digital fingerprint” of their voice. So, even if they change their number, the app can still block them.

Robokiller automatically blocks over a million scam numbers, or you can add your own numbers to a personal blocked callers list. If too many calls are being blocked, you can whitelist any numbers to unblock them at any time.

The best part of this app is how it gets revenge on scammers. Robokiller uses AI “answer bots” to trick scammers into thinking they are talking to a real person and waste as much of their time as possible. There are several pre-set answer bots you can choose from, including a voice supplied by rapper and actor Ice-T.

If you don’t want to download a robocall blocker app, check out our step-by-step guide on how to block a number on your iPhone.