UnPlugged: An Interview with Julie Strietelmeier from The Gadgeteer 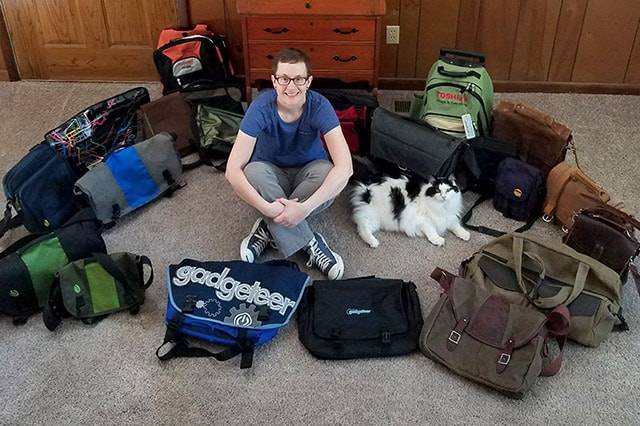 Here at The Plug, we aim to provide exciting and easy-to-digest tech news, tips and reviews.  We also want to share the opinions of not only our writers, but others in the technology space as well. UnPlugged is a new interview series featuring the voices of thought leaders and influencers in the world of tech and consumer electronics. Since 1997, Julie Strietelmeier, aka The Gadgeteer, has built a loyal audience and a wide fan base that trusts her and her team’s word on all things tech.  Julie now tells our readers about the role technology plays in her life, what her favorite gadgets currently on the market are, and gives some real advice for those of us who seem to always crave a new toy!

Let’s start off by telling our readers how long you have been blogging?

It’s hard for me to even believe this, but I have been blogging for over 20 years. When I first started, it wasn’t even called blogging. I used to write product reviews on USENET message forums before websites were a thing.

What role does technology, but also moderation play in your life?

My life revolves around technology. Like most people, my smartphone is never further than an arm’s reach away and not more than an hour goes by when I’m not checking email.

Moderation? What’s that? Seriously, though, I’m not too compulsive with my tech. I don’t text people while eating dinner, don’t text and drive and try not to work (too much) while on a vacation. I don’t feel overwhelmed by tech or keeping up with it, so I think I’m doing pretty well.

What is the one home gadget you currently feel you would never do away with? What’s one you can’t wait to replace? And why?

It’s a tie between my Kevo deadbolt lock and my Roku. Not needing to use a physical key to open my front door is a luxury that I don’t want to lose. The same goes for my Roku. I use it mainly for Netflix and Amazon Prime video when there’s nothing on regular TV. Since I’m part-couch-potato, it’s one of my favorite gadgets.

As for which gadget would I like to replace, I think that would be my smartphone. I’ve been using a Nexus 6P for over a year and have been having some issues with Bluetooth. I’m looking forward to getting something new this year, I’m just not sure what I’ll end up with. I want it to have wireless charging since I’ve missed that feature. And it must have an excellent camera.

Technology is moving forward and upward – for some too quickly, for some not quickly enough.

What advice do you have for folks who feel overwhelmed by the constant change in technology?

Just because there’s always a new phone, new computer, new whatever, doesn’t mean you have to upgrade. If you’re not having issues with a gadget, keep using it. You’ll save money and frustration by not always being a bleeding edge tech adopter. Of course, I won’t follow my own advice since it’s my job to try new products. ;o)

What advice would you give to folks who are uncertain about what and when to purchase new products – anything from mobile phones to smart home devices?

I touched on this in the question above. There’s no law that says you must update as soon as a new version of a phone comes out. My advice is to be selective when it comes to adopting new products. The vast majority of new gadgets are IoT devices (Internet of Things) which means they require a connection to the internet in order to work and/or a connection to a vendor’s app. If it’s a brand new company, you have to ask yourself if that company will be around for at least 2 years so that you’ll feel like you will get your money’s worth for a gadget if the company folds up making the gadget obsolete.

Based on the trends from this year’s CES, is there any technology you see radically shifting the market in the near future?  What are you personally excited about?

I’m already a big fan of Qi wireless charging, so I’m very excited by long range wireless charging tech like WattsUp which lets gadgets charge within inches of a transmitter instead of having to be placed on a charging mat.

I’m also excited about the newest crop of Chromebooks which will be able to run Android apps. I think a Chromebook would make a great light-weight travel companion.

What are lifestyle trends and habits you believe consumer electronics companies should, but have yet to, tap into?  What is something you believe would improve efficiencies in your life?

Microsoft has tried to do it with the Lumia 950 Windows 10 phones with the Continuum feature and Motorola tried it (sorta) years ago with the Atrix smartphone. The Atrix snapped into a shell with a display and a keyboard to turn it into a “laptop”. Microsoft’s Continuum is a similar concept where the phone connects to a display dock and monitor to turn it into a desktop PC. That’s always been a gadget dream for me to be able to shrink my computer down to something that fits in my pocket (my phone) but to use it with a larger monitor, keyboard, and mouse. I can already do that with Android, but I’d love to do this with full Windows and full desktop apps. We’re getting close but not quite there yet.

Where can readers go to learn more about you and your work?  Anything else you’d like to plug?

They can read about The Gadgeteer and my team of writers on my site’s about page: http://the-gadgeteer.com/about/

They can get an idea of the types of products I personally like and use by visiting my favorite gear page: http://the-gadgeteer.com/julies-favorite-gear/

They can sign up for our newsletter which sends out an email at 8am EST every Monday, Wednesday and Friday that lists our latest posts: http://the-gadgeteer.com/subscribe/ Previous
The Most Common Passwords of 2016: Is One of Them Yours?

Next
Windows 10 Snap Assist: A Great New Feature You Have to Try