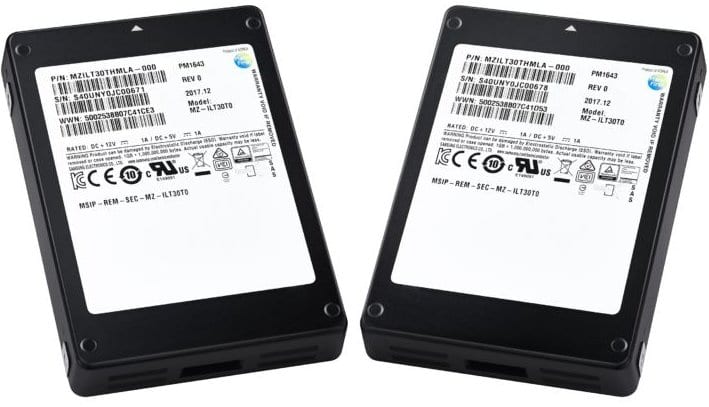 Always looking for more storage space for your videos, photos, and games? Samsung answers this demand by releasing the largest solid state drive in the world right now – a kit with 30TB of available space in just 2.5 inches!

Samsung’s new SSD is called the PM1643. It is comprised of 32 sticks of 1TB NAND flash packages. Each package is made of 15 layers of 512GB V-NAND chips. This means the drive can comfortably hold around 5,700 HD movies! That’s about 500 days worth of non-stop video.

If that is not enough to impress, the previously considered largest SSD holds 16TB of storage. Samsung released that SSD in March 2016. The new SSD contains 87.5% more storage space. You may have heard of Seagate’s 60 Terabyte SSD, available in a 3.5-inch form factor, which is bulkier than the PM1643. Seagate’s model was also considered a “demonstration technology” and have not been sold to the public. So, at the moment, Samsung’s 30TB PM1643 holds the crown for the world’s largest SSD.

When it comes to sequential read and write speeds, the PM1643 offers high levels that are hard to beat. It has a read speed of 2,100 MB/s and its write speed clocks at 1,700 MB/s. How does this compare to the usual SATA SSDs often found in today’s laptops and desktop computers? These speeds are three times faster than normal. Expect seamless transferring of files onto the drive.

Samsung is offering a 5-year warranty on their new SSD. That signals to consumers just how robust this new drive is. The warranty is basically equal to having coverage for one full drive write per day.