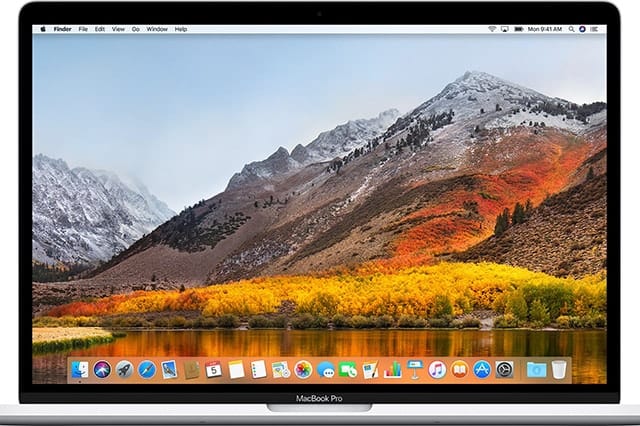 It may seem underwhelming at first, but macOS High Sierra offers so much more than what meets the eye. As macOS High Sierra becomes officially available on the Mac App Store, we highly recommend you install it ASAP. Do so and you get some really necessary updates on your Mac.

On the surface, there doesn’t seem to be a lot happening with the latest macOS upgrade. That’s why some consider it something of a disappointment.

The lack of surface-level enhancements is by design, though. Apple can’t reinvent the wheel each time it updates the macOS, after all. This doesn’t mean there are no fundamental changes in the operating system. It just so happens that they’re almost entirely done on the backend.

Here’s a quick rundown of what macOS High Sierra changes below the surface.

From a graphics perspective, Apple is getting a step closer to creating true gaming rigs. The Cupertino company looks like it’s slowly carving a place for itself in a niche that has long been dominated by PCs.

By introducing Metal 2, macOS High Sierra brings a new file system as well as promises smoother animations. It integrated increased machine learning to the GPU and, ultimately, promises a more robust graphics. An even bigger update is that it adds support for virtual reality rendering and external GPUs. The latter should effectively give Mac users the flexibility to lend some of the heavy lifting to peripherals, graphics-wise.

Meanwhile, macOS High Sierra brings in support for High Efficiency Video Coding (HVEC) that should free up extra space for videos. This compression technology is the successor to H.264 and it both lowers bit rates and supports 4K clips. By Apple’s estimates, the new standard should occupy 40% less space than the usual.

The most visible change you’ll notice on macOS High Sierra involves Photos. Right off the bat, you’ll see a new, persistent sidebar that shows a history of photos you have imported. You’ll be shown various media organized by category, too: panoramas, Live Photos, selfies, and animated GIFs. In case you’re wondering, GIFs have just been newly supported by Photos.

Photos can now have direct access to editors like Photoshop and Pixelmater. Meaning, you can open them directly through Photos and be able to save the changes in the app. Up top, you’ll also notice that the toolbar now includes tabs for easier filtering (Photos, Moments, Collections, and years). Plus, your pictures can now be organized with a simple drag-and-drop operation. They can now be exported onto the desktop the same way—a simple yet overdue feature Apple ought to have built into Macs a long time ago.

Beyond these, the most crucial update to Photos lies its editing capability. Little by little, Apple is transforming Photos into a solid editor. More than just a preview application, Photos now comes built with editing tools where you get to use simple effects, a couple of filters, and a timeline for your pictures.

By far, the biggest update on macOS High Sierra is one you’ll barely notice. With APFS (Apple File System) introduced in iOS 10.3 to benefit mobile devices, Apple is similarly rolling out a new file system (via macOS High Sierra) that’s optimized for flash storage in Macs.

A closer look at HFS++ and you’ll see that it has native encryption built in for better security. It has a crash protection that records data in multiple locations to curb data loss, too. Saving documents with it has also been improved to protect the file against system failure (e.g. power outage).

This update has clearly been rolled out to future-proof macOS. Not to mention that there’s more responsiveness across the system, too.

For the most part, the updates on Apple’s browser revolve around privacy. Intrusive ads have become quite a nuisance and macOS High Sierra finally brings down the hammer on them.

For instance, Safari now stops audio on auto-play advertisements. Videos may still keep going, but they’ll pause and leave you with the decision to continue playing them (or not) if you haven’t manually done so.

Safari now also offers you the ability to choose which sites can access your computer’s camera, microphone, and location. And with Intelligent Tracking Prevention, the browser effectively removes cross-site tracking. This may be crucial for folks who are constantly hounded by insistent shopping ads on every page they visit.

Beyond these, Apple’s browser now lets you set specific zoom levels for different sites. The fun part is that it remembers the setting so you need not readjust every time you pay such sites a visit. With the JavaScript engine updates, too, expect Safari’s browsing speed to get a much-needed boost.

Here are a couple of other random updates:

Clearly, there’s little reason not to install macOS High Sierra update for your Mac. Do your machine a favor and get it installed. A word of advice: you’ll need a significant amount of time for the installation. Next
Instant Apps: A More Convenient and Faster Means to Access Apps on Android